Once when I was wearing a costume, a friend said to me, “Boy, you really like to dress up”. I replied, “Most people like to dress up, they just need a socially acceptable occasion to do so.” Just look at Halloween, the 2nd most popular holiday in the States and spreading. My wife who is from Finland was very excited about getting to celebrate Halloween here.

She had quite an amazing first Halloween (She's from Finland so this was 1995) I had told her about this party (Todd Masters party; see below) and she was very excited as Halloween was just catching on in Finland. So now in America, she was going to go to a Hollywood party for her first Halloween.
I made her some teeth so she could be a sexy Vampire. A friend of mine, Ve Neill, was going to go out with us, she unfortunately was feeling under the weather, but came over to hang out while we got ready. After watching me putting on Pia’s make up, Ve said “Just give me that and go away!” Then Ve did Pia’s makeup. You see Ve has been nominated 7 times and won 3 Oscars for makeup, so now if I have to do Pia’s makeup at Halloween it’s all downhill.
Here is Pia having her makeup done by Ve. 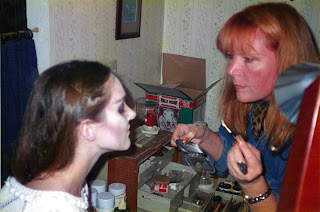 Here is the finnished effect: 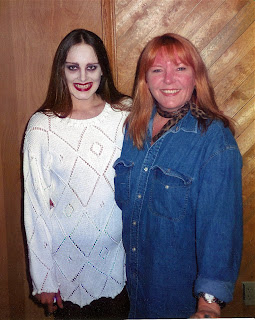 My rule for Halloween is I can't wear anything "Off the peg" (In other words, just pull something from my rental stock and go) and I can't spend more than a week building anything.
Here is one year I decided to go as John Lennon from Yellow Submarine. It took about 4 days for me to make this one. 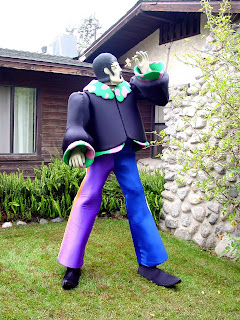 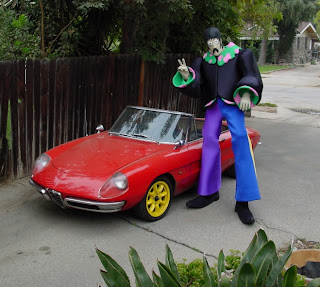 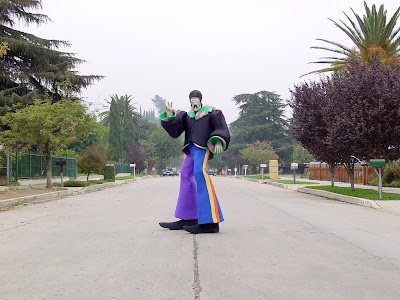 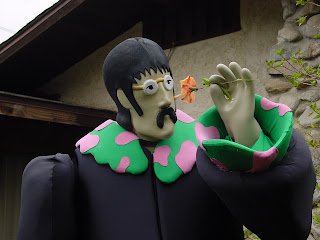 Every year there are a number of “Hollywood” parties with celebrities and people from the entertainment industry. I attended the party at the Playboy mansion last year and was a bit disappointed at many of the costumes. I would have thought that crowd would have had some amazing things to wear. One notable costume was a guy with short curly hair in jeans and a tee shirt. I said to him “Nice Pauly Shore costume”. (It was Pauly Shore)
However one of my favorite parties is one thrown by Todd Masters of Master FX. It always has an amazing array of costumes and here is a Facebook page for Todd's party. http://www.facebook.com/group.php?gid=38494364202&ref=ts
Here are a few others from other halloweens, some mine, some from guys in my shop. 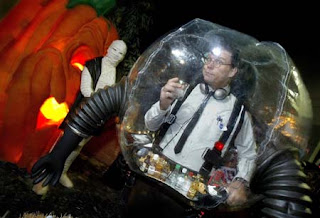 What if the Boy in the plastic bubble were a real person, what would he be doing today? (Myself) 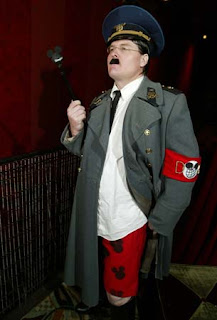 A Disney security guard from "Mousevitz" or "Duckow" (Randy Pike) 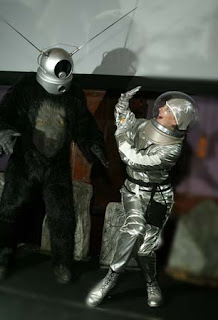 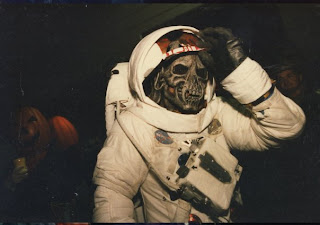 In space no on can hear you rot. (Myself) 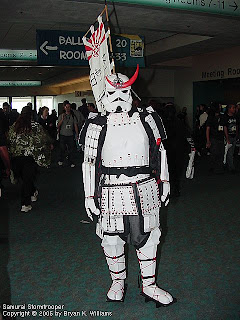 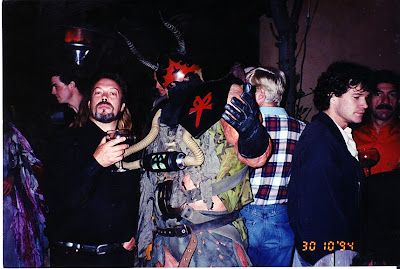 OK, so sometimes I use stuff just lying around! (Tim Curry & Myself) 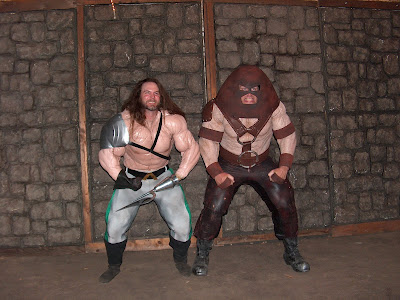 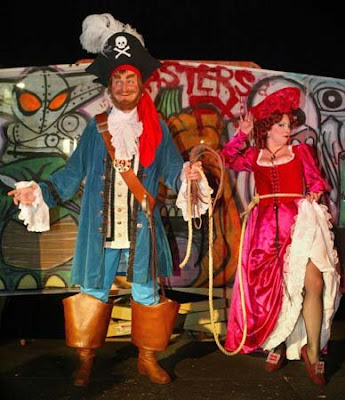 Email ThisBlogThis!Share to TwitterShare to FacebookShare to Pinterest
Labels: Talents I have seen- Other Craftsmen, Things I've made