It's all about packaging!

I have to come clean about something.... Many people have asked how I made the house and how it goes up so easy...
Well truth be told, I had some help. 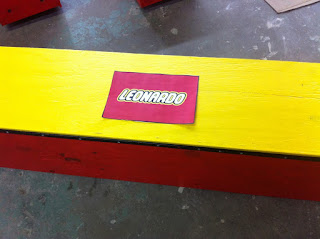 In 2009 I found on eBay a building system originating in the 16th century; it was discovered in a warehouse in Venice. I bought it, and used for my Pennsic house. I have a feeling I’m not the first to discover this old system, I suspect others just changed the name a bit and modified the design of the pieces to better market them to the 20th century.
The pressure has been too much, so here is the secret. These are the crates I bought and now you know the secret.

In one crate I found these window pieces, they just "Snap" in! 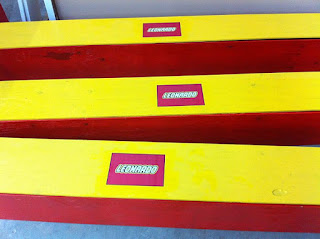 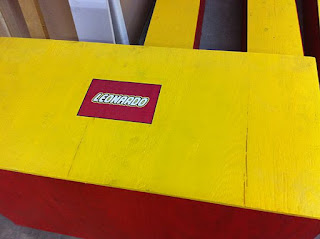 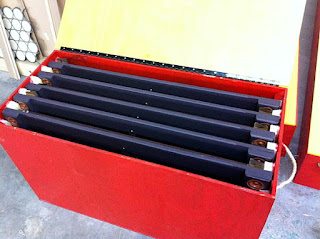 Ok, not believing that story?
With some of the upgrades, I built some crates to store some of the elements of the house in to better protect the finish and I asked one of my guys to paint them when he had nothing else to do and I said color didn’t matter, just use some old paint we are likely not to use for something else. (The large crate is for the 5 windows and the other 3 crates are for the new columns)
The crated ended up in primary red and yellow and I remarked how they looked like industrial Lego kits.
So I made some labels more appropriate to the early 16th C.