When you look at houses of the 15th & 16th century they commonly have many small beams resting on larger beams to support the ceiling. 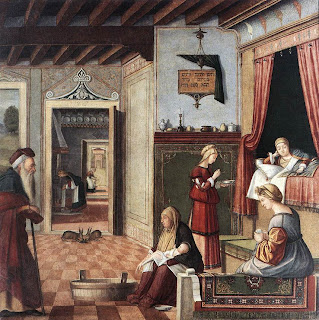 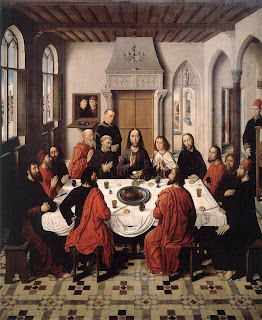 They are also often painted extensively. 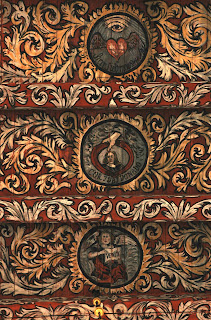 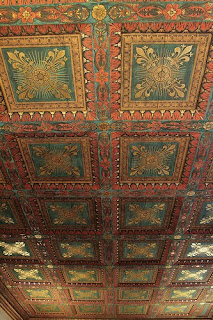 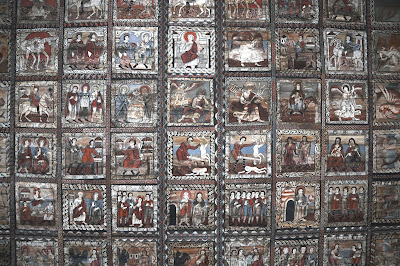 I decided to have a painted ceiling, so I needed wood grain beams that either I could paint easily or beams I could add vinyl graphics to. I decided to go the adhesive graphic direction. This meant that a heavy wood texture was not going to work because I would need a relatively smooth surface to apply the graphics to.

Since the beams needed to be lightweight I had planned to make them with a piece of 2" x 2" aluminum “T” and rigid urethane foam. Since the foams surface is soft and easily damaged, I would need to “skin” the beams with something. Now that I was adding a extensive vinyl cover, I could use a preexisting skin and cast my beams into it. It turns out Plastic gutter material is just about the same size and shape as some of the ceiling beams in my research.
I cut end blocks from ¾” plywood and using an industrial hot glue gun, glued these block into each end of the gutter piece. Then, using a basic frame to hold the gutter and the aluminum. The aluminum “T” was cut to remove the “vertical” section and then bent to make a “L” so these beams could be hung over the top of the Box beams I was building. I filled each beam with 500grams of a 2 part expanding (2.5lbs. Density) urethane rigid foam. This foam came from a company in City of industry called Poly-Tech. I've known the owner Tom Lue for 30 years and he always gets you what you need when you need it. I also bought the same type of material (pictured here) from BJB, also in city of industry. 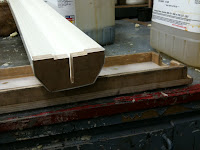 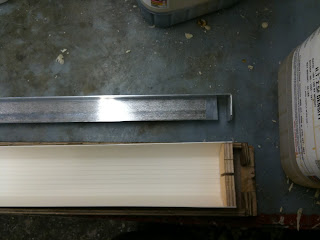 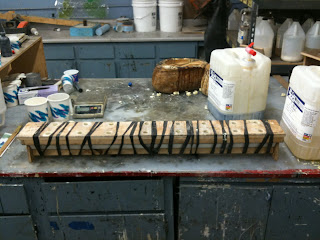 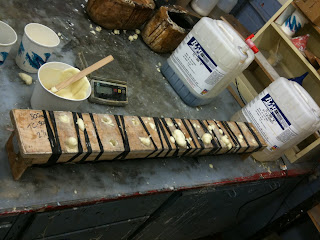 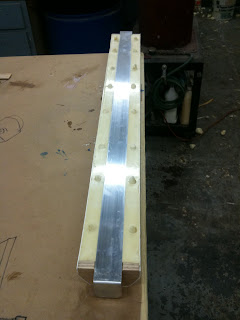 Each finished beam weighed only 4 lbs. and at 42” in length could hold my 250 lbs with very little deflection. Now I need 40 of them.  I cast up a set and did a test. It proved to be quite rigid. 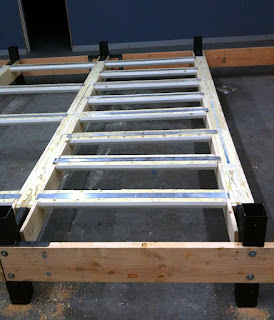 Now I needed a light weight, yet stiff floor material.

I had been planning on using a plastic skinned foam board for the walls. If you are familiar with “Foamcore”, this material is the same, but in place of the paper “skins” the material is available with either foamed PVC (Centra) or Styrene skins. (I’ll get into this material when I talk about the wall construction)

I tried one of the ¾” thick styrene skinned foam boards with a piece of 1/8” luan over it. This proved to be pretty stiff. Not as stiff a purpose built foam/floor laminate I had found, but considerably cheaper (by a factor of 10)
Here is one complete section assembled. 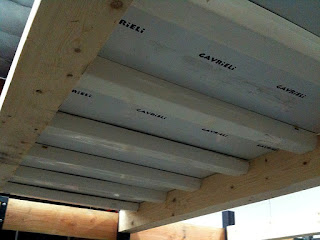